We move a lot in Ontario.  Aside from moving locally in Toronto and nationally around Canada, 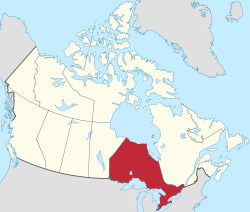 most of our out of Toronto moves are done within the borders of Ontario.  With that, we decided to do a little role call to give a shout-out to the 10 largest Ontario cities. It’s these cities that support a lot of our long distance moving companies work.  So without further adieu, here it goes:

A recent article from the National Post said “The city of Toronto itself — not including its neighbours such as Brampton, which grew by more than 20%, Mississauga, Markham, Oakville, Pickering, and Vaughan — had 2.6 million people in 2011, or more than 500,000 people more than the combined population of Calgary (1,096,833) and Edmonton (812,201), according to census data”.

Ontario is expanding and the trends seem to show that people are relocating to smaller towns and cities like Milton, London and Burlington.  Movers need to think about how the real estate market is changing and set up their moving company to operate outside of their normal radius.

We are thrilled to be partnered with NAVL to be able to offer some of the best long distance moving services available in Canada.  We are also proud to offer moving services to anywhere in the province of Ontario.